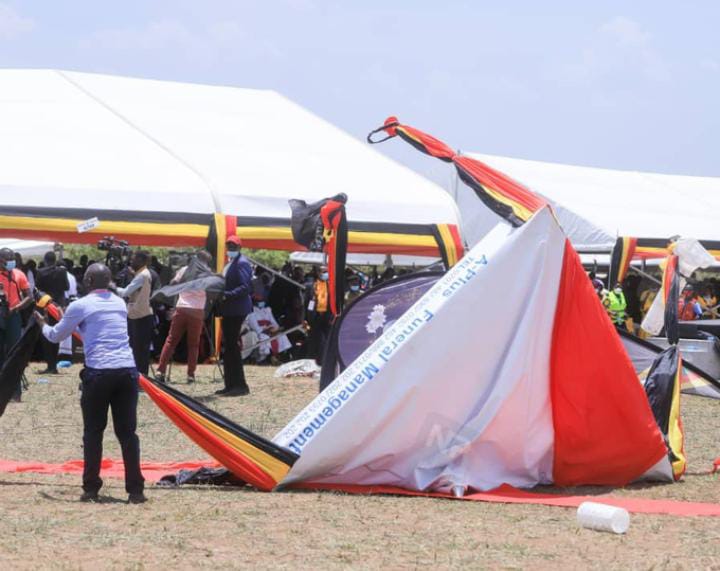 The sickness, treatment, death, and burial of the former speaker of the Ugandan parliament Jacob Oulanyah have been the pivot of Uganda’s news headlines for close to a month now. Among all the stories addressing the cause of his death, poisoning has been one of the gossip stories to the point that a few people from northern Uganda suggested that Jacob Oulanyah had to be buried in a special traditional way aligning with the burial of people who have simply been killed.

Yoweri Kaguta Museveni the president of Uganda came out to dismiss such allegations and tasked Uganda police to approach such people so that they may help them in their investigations. Among the people who were cited alleging that Jacob Oulanyah died of poison was his very father who claimed that Jacob told him while he was still alive that he had been poisoned. The father of the late has repeated the same poison references calling out the government to do something.

During the eulogies of the different dignitaries, a whirlwind caused a scene when it blew away the tent where the casket of the late Jacob Oulanyah was resting leaving all the other tents untampered with. The scene has left a number of people in the public domain claiming that this was a sign that Jacob Oulanyah did not die a natural death.

It should be noted that the minister of health Jane Ruth Aceng issued a public statement informing Ugandans and anyone interested in the cause of Oulanyah’s death that it is due to bone marrow suppression whose cause can be traced back to the tragedy of police brutality in the campus days of Jacob Oulanyah that saw him saw irreversible damages.